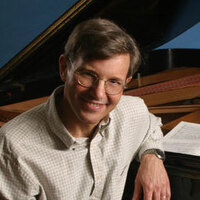 What Makes It Great® : Music of Duke Ellington with Rob Kapilow & Jazz Ensemble I

The University of Louisville School of Music presents Rob Kapilow in "What Makes It Great®: Music of Duke Ellington" featuring Rob Kapilow and University Jazz Ensemble I.

For over 20 years, Rob Kapilow has brought the joy and wonder of classical music – and unraveled some of its mysteries – to audiences of all ages and backgrounds. Characterized by his unique ability to create an “aha” moment for his audiences and collaborators, whatever their level of musical sophistication or naiveté, Kapilow’s work brings music into people’s lives: opening new ears to musical experiences and helping people to listen actively rather than just hear.

Kapilow’s popularity and appeal are reflected in notable invitations and achievements: he appeared on NBC’s Today Show in conversation with Katie Couric; he presented a special What Makes It Great?® event for broadcast on PBS’s Live From Lincoln Center; and he has written two highly popular books All You Have To Do Is Listen which won the PSP Prose Award for Best Book in Music and the Performing Arts, and What Makes It Great? the first book of its kind to be especially designed for the iPad with embedded musical examples.