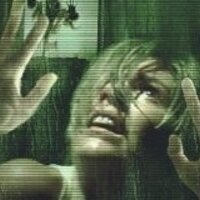 Week of the Living Dead: [REC]

We're kicking off the Week of the Living Dead with a special screening of the zombie found-footage film [REC]! This film will be introduced by Dr. Aaron Jaffe.

"REC" turns on a young TV reporter and her cameraman who cover the night shift at the local fire station. Receiving a call from an old lady trapped in her house, they reach her building to hear horrifying screams -- which begin a long nightmare and a uniquely dramatic TV report.
Rating: R
Runtime: 78 minutes