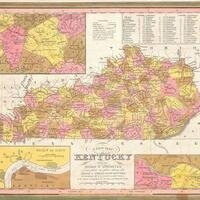 This presentation explores the archival and historical practices that have crucially shaped our understanding of how a Cayuga-Mingo Native American named Logan (Tachnechdorus) responded to the murder of his kin by white Virginians during Dunmore's War (1774). In particular, this talk centers on nineteenth-century efforts to preserve and recover Logan's strategic, on-the-ground combinations of textual and non-textual media, including alphabetic literacy, letter writing, and war clubs. These efforts include the oral histories of westward migrating Anglo-Americans and the founding and early networking of historical societies in search of "real Indian" writing. This presentation asks, what can such second-, third-, and fourth-hand accounts of Logan do to illuminate indigenous perspectives from a century earlier? In doing so, this work critically responds to the popular uptake of nineteenth-century searches for Logan, such as his twentieth-century monumentalization along the Ohio River Valley’s waterways and landscapes and in current day appropriations such as living history performances during Chautauqua meetings, as well as to recent scholarship. More generally, this presentation contributes to the ongoing interrogation of state and settler-colonial constructions of anti-indigenous authority over the meanings of Natives’ experiences.

Mark Alan Mattes is a Visiting Assistant Professor of English at the University of Louisville. His book manuscript, An Archaeology of American Letters, explores the cultural politics of epistolary practices in the eighteenth and nineteenth centuries. This presentation, however, draws equally from a second project, “Archives in the Land,” which examines indigenous, settler, and state representations of Native Americans in the Ohio Valley. Mark’s work has been supported by the Newberry Library, the Library Company of Philadelphia, the McNeil Center for Early American Studies, and the American Antiquarian Society, and has been or will be published in Early American Literature and Early American Studies.