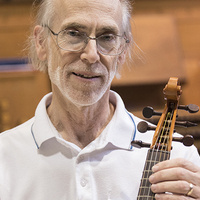 Directed by Jack Ashworth, “Music of Shakespeare’s London” will feature songs, dances and fantasias heard in England’s streets, pubs and common areas, as well as the stately homes of the upper class. Listeners will enjoy sounds of traditional renaissance instruments such as the viola da gamba, recorder, lute and virginal - a type of upright harpsichord - along with the cello and violin, which had just become popular at the time.