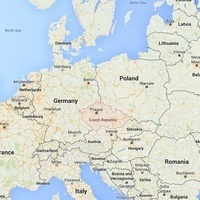 The Czech Republic, The European Union and the Rise of Populism by Martin Nekola

The current political situation in the Czech Republic, a small country in the very heart of Europe, historically considered the crossroads between the West and the East, is the reflection of the latest developments in the entire European Union, currently facing a serious crisis, caused by Brexit, a refugee crisis and the rise of populist tendencies. The lecture will address all these issues, with the further focus on the Czech Republic and other countries of Central Europe.

Martin Nekola, Ph.D. is a Political Scientist and Historian, who studied at Charles University in Prague, and was a postdoctoral fellow at Columbia University. Louisville is one of many stops of his ongoing lecture tour around the USA.

Arts & Sciences, Commonwealth Center for the Humanities and Society, History