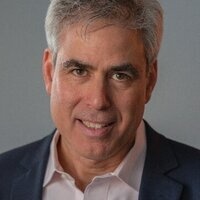 Bestselling author Jonathan Haidt examines the recent trend on many college campuses where speakers are shouted down, and students and faculty are afraid to speak honestly.  And where a culture of safetyism has produced young adults who are not only ill-prepared for the real world, but who suffer from anxiety, depression, and suicidal tendencies in alarming rates. In his talk, Haidt will point to the three terrible ideas that have become woven into American childhood and education, interfering with young people's social, emotional, and intellectual development.

Jonathan Haidt is a social psychologist at New York University's Stern School of Business. His research examines the intuitive foundations of morality, and how morality varies across cultures -- including the cultures of progressives, conservatives, and libertarians. His goal is to help people understand each other, live and work near each other, and even learn from each other, despite their moral differences. He has co-founded a variety of organizations and collaborations that apply moral and social psychology toward that end, including HeterodoxAcademy.org, OpenMindPlatform.org, and EthicalSystems.org.

In addition to New York Times bestseller The Coddling of the American Mind, which he co-authored with Greg Lukianoff, Haidt is the author of The Happiness Hypothesis: Finding Modern Truth in Ancient Wisdom, and The Righteous Mind: Why Good People are Divided by Politics and Religion (also a New York Times bestseller).  He has written more than 100 academic articles. In 2019, Haidt was inducted into the American Academy of Arts and Sciences, and was chosen by Prospect magazine as one of the world's "Top 50 Thinkers." He has given four TED talks.

This event is part of the Center for Free Enterprise Menard Family Lecture Series. It is free, but registration is required.

I read Haidt's book. It was great. I think I could have a very productive discussion with him about the evidence for our differing political assumptions. I think it would be the sort of discussion that we both acknowledge is is needed if we are going to overcome our "us versus them" mentality. Well done.