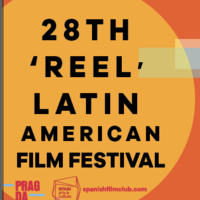 This Fall we will present the 28th Latin American Film Festival at the University of Louisville campus. Faithful to our mission of generating a conversation about issues in Latin America, we plan to continue showcasing films that motivate our committed audience’s interest in matters related to this region of the world. The movies complement the content, and objectives of our classes offered in many disciplines and departments across the university.

The prescreening introductions help the audience contextualize the film's storyline and more importantly help them become better informed about the social political and economical conditions whence the films originated. These presentations led by experts in the field aid us to pose questions that invite further discussion and dialogue among very diverse audiences. The screenings allow us our students, faculty, staff and community members to exchange ideas and communicate with each other about topics that concern them.

The post-screening sessions have kept their traditional status of offering a non-threatening space to engage in friendly dialogue about other cultures, peoples and places. We discuss topics such as childhood, youth, race, gender roles, race, aging, religion sexual preference, and the struggles of surviving under very challenging conditions. Observing how audiences realize that peoples in the Spanish or Portuguese speaking world face similar struggles as theirs continues to be one of the most rewarding experiences of organizing the festival. These discussions give our students and the local community the opportunity to exchange and interact and helps the audience break the barriers raised by lack of knowledge about other’s cultures ways.

In the last few years, the Film Festival has been presented as part of The Spanish Film Club series with the support pf Pragda, and the Embassy of Spain in Washington DC, Spain-USA Foundation. Special thanks to the Secretary of State for Culture of Spain,

We also count with the support of the Department of Classical and Modern Languages, the Modern Languages Fund, the Latin American and Latino Studies Program and the LGBT Center.

Please, visit this site when the Fall semester starts for a full screening schedule. You can also point your browser to http://medina502.com/reel_latinamerica_2021/