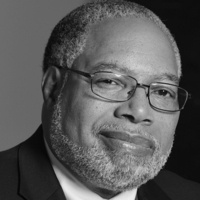 A Talk with Lonnie G. Bunch III, Secretary of the Smithsonian Institution

Join Secretary Bunch for a Moderated Discussion of the National Museum of African American History and Culture.

Lonnie G. Bunch III is the 14th Secretary of the Smithsonian, as secretary, he oversees 19 museums, 21 libraries, the National Zoo, numerous research centers, and several education units and centers.

When Secretary Bunch started as director in July 2005, he had one staff member, no collections, no funding and no site for a museum. Driven by optimism, determination and a commitment to build “a place that would make America better,” Bunch transformed a vision into a bold reality. The museum has welcomed more than 5 million visitors since it opened in September 2016 and compiled a collection of 40,000 objects that are housed in the first “green building” on the National Mall.

Light lunch will be served for the first 100 in attendance

Secretary Bunch was amazing! Michael Wade Smith did an outstanding job in his role as moderator