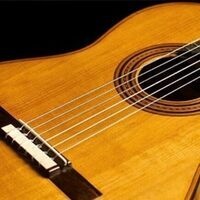 Stephen Mattingly enjoys a vibrant career as Associate Professor of Music at the University of Louisville, where he directs classical guitar studies. His students have won top prizes in international competitions and serve in teaching positions at high schools and colleges. He is a member of the Kentucky Arts Council Performing Arts Directory and has performed at Carnegie Hall, the Silesian Guitar Autumn in Poland, the Panamá Guitar Festival, the Tampere Festival in Finland, the Guitar Foundation of America Convention, and the Iserlohn Guitar Symposium in Germany, among others.

In addition to his performing and teaching engagements, Stephen is the Director of the University of Louisville Guitar Festival and Competition. Alongside this role, Stephen is the chairman of the Guitar Foundation of America Board of Trustees.

American Guitarist and Composer Matthew Cochran is establishing a bold new repertoire for the guitar in the 21st century. His music combines elements of romanticism, minimalism and popular music, and No Depression raves “The pure emotive quality of Cochran’s music pulls you into its embrace and empties your heart with every note. Artfulness in composition is almost a trademark of Cochran’s work.” Cochran’s music for classical and electric guitars, electronics, and traditional chamber music are performed by a growing list of leading concert artists and ensembles. His works are published by Les Editions d’Oz.