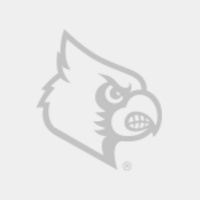 In honor of Darwin Day, University of Louisville's very own, Dr. Lee Dugatkin joins us to talk about his book-How to Tame a Fox {and Build a Dog}

Sneak preview: For the last six decades a dedicated team of researchers in Siberia has been domesticating silver foxes to replay the evolution of the dog in real time. Lyudmila Trut has been lead scientist on this work since 1959, and together with biologist and historian of science, Lee Dugatkin, she tells the inside story of the science, politics, adventure and love behind it all. Like a set of Russian nesting dolls, How to Tame a Fox {and Build a Dog} opens up to reveal story after story, each embedded within the one that preceded it. Inside this tale of path-breaking science in the midst of the often brutal -35° winters of Siberia is hidden a remarkable collaboration between an older, freethinking scientific genius and a trusting, but gutsy young woman. Together these two risked not just their careers, but to an extent their lives, to make scientific history. If you go one level deeper, you find yourself lost in the magical tale of how some hardscrabble but openhearted humans and the wild animals who they domesticated developed such deep attachments to each other that both seemed to forget the species divide between them.