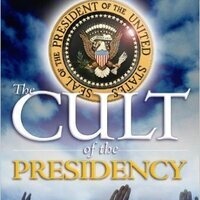 Presidents as the Problem: Reining in the Cult of the American President

The McConnell Center's "Promises & Perils of the American Presidency" public lecture series continues with a talk by Gene Healy, JD, vice president of the Cato Institute.

Author of “The Cult of the Presidency,” Healy's research interests include executive power, the role of the presidency and overcriminalization. He notes that Americans have increasingly expanded presidential power over recent decades by expecting the president to provide solutions for all national problems and protection from harm. He argues that the president’s role needs to return to its constitutionally defined limits, with powers held in check by Congress and the courts.