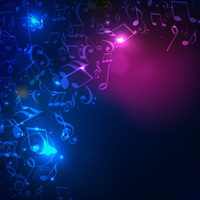 Recently hailed by The New York Times for his “warm-toned” performance of Lutosławski’s Grave (Metamorphoses), cellist Paul York is an accomplished soloist, chamber musician, and teacher. He currently serves on the string faculty at the University of Louisville, where he maintains an active teaching and performing schedule. Recent solo appearances include performances of Beethoven’s Triple Concerto in Nanjing, China and Ulaanbaatar, Mongolia and Karel Husa’s Concerto for Violoncello and Orchestra at New York’s Carnegie Hall. He has performed Aaron Jay Kernis’s Colored Field for Cello and Orchestra with the Louisville Orchestra, and Vivaldi’s Double Concerto in G Minor with internationally acclaimed cellist Yo-Yo Ma. Of his performance at Carnegie Hall, New York Concert Review said “The fiendishly difficult solo part was brilliantly played by cellist Paul York; one had to be in awe of his playing.