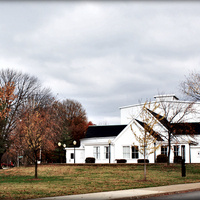 The play follows the true life story of a group of convicts who having been deported to the colony of Australia, found themselves required to act in a production of George Farquhar's comedy 'The Recruiting Officer' which was staged in the penal colony of New South Wales in 1789. The actual production was the responsibility of Ralph Clark, an idealistic young lieutenant, who believed the drama would be a more salutary lesson than public hanging. How ironic then, that the choice of Farquhar's play should show British officers in such an unflattering light.