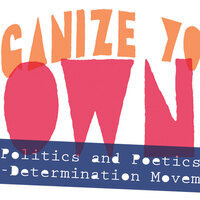 Organize Your Own Exhibition

Fifty years ago the members of the Student Nonviolent Coordinating Committee (SNCC) made a historic call. Stokely Carmichael wrote “One of the most disturbing things about almost all white supporters of the movement has been that they are afraid to go into their own communities—which is where the racism exists—and work to get rid of it. They want to run from Berkeley to tell us what to do in Mississippi; let them look instead at Berkeley. . . . Let them go to the suburbs and open up freedom schools for whites.”

This exhibition and event series asks contemporary artists and poets to create new works in response to the history of white anti-racist organizing in working-class white communities in Philadelphia (October 4 Organization) and Chicago (the Young Patriots Organization) in keeping with the mandate from the Black Power movement to “organize your own” community against racism.

Organize Your Own: The Politics and Poetics of Self-Determination Movements runs January 7-February 22, 2019.