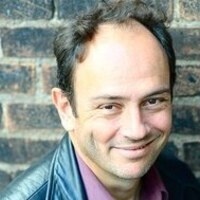 In addition to taking part in nightly concerts, the festival guests will present master classes and lectures throughout the week. See the detailed event schedule for all festival events. Admission is free and events are open to the public.

Carlos Sanchez-Gutierrez was born in Mexico City in 1964. He studied at the Peabody Conservatory, Yale University, Princeton and Tanglewood under Henri Dutilleux, Jacob Druckman, and Martin Bresnick. Among the many awards he has received are the 2007 Barlow Prize, a Finalist Prize at the 2004 Malaysian Philharmonic Orchestral Composer Competition, as well as the 2003 Lee Ettelson Composition Award. He has also been honored in recent years with awards and fellowships from the Koussevitzky, Guggenheim, Fromm, Rockefeller, Camargo and Bogliasco Foundations. He was the 2000-01 American Academy of Arts and Letters Charles Ives Fellow and has received two BMI Composition Awards, the Mozart Medal from the governments of Mexico and Austria, and a Fulbright Fellowship.