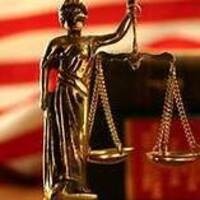 President Obama was unmatched by any previous president in his successful efforts to diversify the lower federal courts, the workhorses of the federal judiciary.  Surpassing the record set by President Clinton, nearly three-fourths of Obama’s nominees to the U.S. Courts of Appeals were women and/or racial and ethnic minorities. Professor Laura Moyer of Political Science will discuss how this sea change has affected the decisions coming from these courts and what this might mean for the judicial legacy President Trump will leave behind.