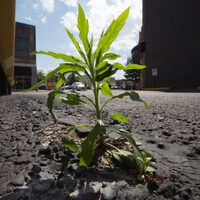 Over the past decade, Louisville’s urban heat island has received significant local and national attention. Several studies have identified Louisville as having one of the fastest growing heat islands in the country. While many residents realize that Louisville is warmer than the surrounding rural areas, the impact of the city extends far beyond temperature. Jason Naylor, Professor of Geography and Geosciences Department, will discuss the impact Louisville has on local rainfall, thunderstorms, and even severe weather events.