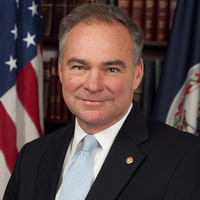 U.S. Sen. Tim Kaine, D-Va., will speak at the University of Louisville April 1 as part of the McConnell Center’s Distinguished Speaker Series.

“At this important time in our history, it is a particular honor to host someone such as the 2016 U.S. vice presidential nominee, Tim Kaine,” Gregg said. “Senator Kaine brings experience at numerous levels of government as well as the unique perspective of being a candidate for the second highest office in the land.”

The free, public discussion begins at 9 a.m. in the Student Activities Center, Ballroom A. Doors open at 8:15 a.m.

Those wishing to attend must request individual tickets online at McConnellCenter.org. Tickets are nontransferable and limited. Tickets are required for entry with photo IDs that match each name requested.