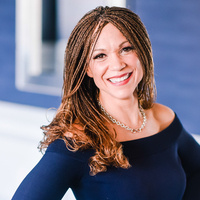 Juneteenth is the oldest nationally celebrated commemoration of the ending of slavery in the United States.  Dating back to 1865, it was on June 19th that the Union soldiers, led by Major General Gordon Granger, landed at Galveston, Texas with news that the war had ended and that the enslaved were now free.  Note that this was two and a half years after President Lincoln's Emancipation Proclamation - which had become official January 1, 1863.

Dr. Melissa Harris-Perry is the Maya Angelou Presidential Chair at Wake Forest University where she teaches courses on American politics and elections at the intersections of race, place, and gender.

Dr. Harris-Perry is the Founder and President of the Anna Julia Cooper Center, an independent organization with a mission to advance justice and alleviate harm for women and girls of color in American higher education. Along with Dorian Warren, she is co-host of the podcast System Check, with The Nation.

For nearly two decades, Dr. Harris-Perry has contributed to American public life through her distinct combination of scholarly analysis and grounded wisdom applied to analysis of race, gender, politics, and power. She served as Editor-at-Large for ZORA.com, a Medium publication for women of color, and for Elle.com. Her writing has appeared in the Wall Street Journal, New York Times, Chicago Tribune, Glamour, Harper's Bazaar and many other print and digital venues. She was among the initial cohort of writers for TheRoot.com and authored highly regarded columns for Essence and The Nation.  https://www.melissaharrisperry.org/

We will be adhering to the CDC's new guidance on masking and the governor's recent executive order.  We ask that you register so that we may accommodate those choosing to participate in-person.

Please register using the link below to indicate whether you plan to attend in person or virtually.