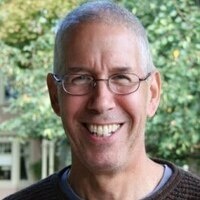 John Pulleyn will speak on the subject of "Zen and Everyday Life: How this ancient tradition is especially relevant in modern times". A question and answer period will follow.

John has been practicing Zen for nearly 50 years, working with the late Roshi Philip Kapleau, founder of the Rochester (NY) Zen Center and author of Three Pillars of Zen, as well as Kapleau’s successor, the current Abbot, Roshi Bodhin Kjolhede.
After graduating from Oberlin College in 1968, John joined Rochester Zen Center’s staff. He later worked for many years both as a paint and wallpaper contractor and as a software developer. John became a pediatric nurse at the age of 50, with a nursing degree from SUNY Brockport and worked for 10 years on the adolescent unit of Strong Memorial Hospital in Rochester, NY.
John is a teacher at the Rochester Zen Center and has been Head of Zen Training and Assistant to the Abbot since 2003. He regularly leads sesshin (meditation retreats) in New York and Wisconsin.

This event is co-sponsored by UofL's Department of Philosophy and the Louisville Zen Center. It will be held in the Chao Auditorium at UofL's Ekstrom Library.

Free public parking is located next to the Music School on Cardinal Blvd. Pay parking is available at the Speed Museum Parking Garage located at 2035 S. 3rd Street.