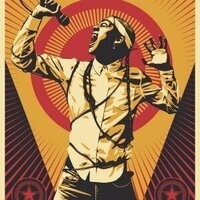 In this talk, Dr. Kyle Mays (UCLA) will explore the cultural and political significance of Native American and Indigenous Hip Hop. On August 27, 2017, seven Indigenous hip hop artists from Canada and the United States graced the stage of the MTV Video Music Awards, which was held in Los Angeles, California. Decked out in “Native bling”—a modern, Indigenous aesthetic—they accepted the award for best video in the category “Fight Against the System” for their video “Stand Up/Standing Rock #NoDAPL." As the Cree artist Drezus noted, “When we got word it was breathtaking—a surreal feeling. We’re the first Native American hip-hop group to win a VMA.” Drezus’s comments suggest that Indigenous people, in spite of hundreds of years of settler colonial violence and dispossession, are still here, resisting and fighting, in the spirit of their ancestors, through hip hop. This lecture provides a window into how Indigenous hip hop artists are a creating a decolonial future.