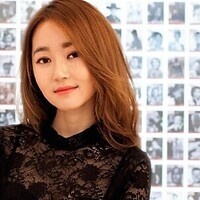 "In Order to Live: My Journey to Freedom" Yeonmi Park

The John H. Schnatter Center for Free Enterprise is proud to present North Korean defector and human rights activist Yeonmi Park. Just 22 years old, Yeonmi is fast becoming a leading voice of oppressed people around the world. At the 2014 Oslo Freedom Forum and the One Young World Summit in Dublin, she became an international phenomenon, delivering passionate and deeply personal speeches about the brutality of the North Korean regime. Her escape from North Korea has given the world a window into the lives of its people. The BBC named her one of their Top Global Women.

Born in Hyesan, North Korea, Yeonmi grew up in a society devoted to the worship of Dear Leader Kim Jong-Il and hatred for enemies of his regime. However, after watching a pirated copy of the film Titanic, the veil of tyranny began to fall. Yeonmi had caught a glimpse of a free world that one day she would yearn to join.

At the age of 14, Yeonmi and her mother crossed a frozen river into China, hiding from Chinese authorities who would return them to North Korea. Two years later, they reached the Mongolian border and spent a freezing night in the Gobi desert, dodging patrols and crawling through barbed wire to seek refuge to South Korea.

Yeonmi has taken it upon herself to tell the story of millions, urging the world to recognize the oppressed people of Kim Jong-Un’s reign. She believes that change will come through young people like herself, whose exposure to capitalism and Western media is eroding the authority of the Kim dynasty.

Currently a student at Columbia University, Yeonmi has published an op-ed about North Korea’s “Black Market Generation” in the Washington Post, (https://www.washingtonpost.com/opinions/yeon-mi-park-the-hopes-of-north-koreas-black-market-generation/2014/05/25/dcab911c-dc49-11e3-8009-71de85b9c527_story.html), and has been featured on CNN, CNBC, and the BBC, as well as in The New York Times and The Wall Street Journal. In Order to Live: A North Korean Girl's Journey to Freedom, Yeonmi's memoir about her escape from North Korea, was released in the fall 2015.