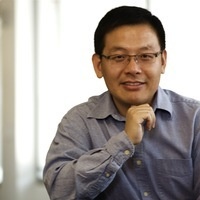 Dr. Ning Wang will discuss China's remarkable transformation from a deeply impoverished socialist country to the world's second-largest economy. Dr. Wang will dispel conventional thought that China's dramatic economic growth over the past three decades has resulted from astute guidance by its Communist Party leadership.  Hear Dr. Wang's argument that the rise hasn't been a top-down process engineered by party leaders, but rather a bottom-up process driven by "four maginal revolutions."

Dr. Ning Wang grew up in rural Hubei, China in the 1970s and was educated at Beijing University and the University of Chicago. He is mainly interested in new institutional economics and China’s political economy. He has written extensively on China’s transition to a market economy and open society.