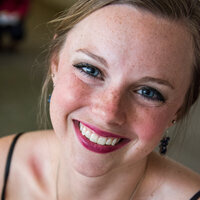 Emily was recently named Silver Medal Winner of the 2019 American Traditions Vocal Competition and 2nd Place winner at the 7th Annual Handel Aria Competition. Upcoming engagements include performances as a 2019 Festival Artist with the Savannah VOICE Festival (in addition to concerts and recitals, Emily will be originating the role of Marie in Michael Ching’s new opera The Birthday Clown), a recital with guitarist Jamie Monck at the University of Louisville Guitar Festival, and concerts with the Savannah Philharmonic, the Paducah Symphony Orchestra, and the Jackson Symphony Orchestra. In previous seasons, Emily was named winner of the Sherrill Milnes Opera Award at the American Traditions Voice Competition in Savannah, Georgia; she attended the Tafelmusik Baroque Summer Institute in Toronto, Canada where she was seen as Cupid in John Blow’s opera Venus and Adonis, and was a soloist in the final performance of Charpentier’s Missa Assumpta Est Maria; and she attended the American Bach Soloists Academy where she performed the role of Iris in Handel’s opera Semele to critical acclaim, and was a soloist in the final concert event of Bach’s B Minor Mass.

Jamie Monck from banging on pots and pans with chopsticks to clamoring for attention on a plastic toy guitar, classical guitarist jamie monck’s music begins from a place of exploration and creativity. an advocate for pieces off the beaten path (and also the bach chaconne), monck’s expansive repertoire has been described by eliot fisk as “brave.” much of his repertoire seeks to reimagine musical structures and ideas that came before us, demanding both the performer and the listener to consider their past experiences and memories through sound. a believer that life is not meant to be lived alone monck often shares the stage with his peers. be it schubert’s “arpeggione sonata” with cello, maw’s “six interiors” with tenor or his duo with dear pal and fellow guitarist ciyadh wells performing music of living composers from the western hemisphere, jamie believes that a healthy dose of chamber music is an essential part of any musician’s diet. in addition to pumping nylon jamie loves flowers, long pensive walks, fc barcelona, chopin’s op. 35, nineteenth century russian novels, jackson pollock, the scent of lavender, sunshine, tacos, and pups.