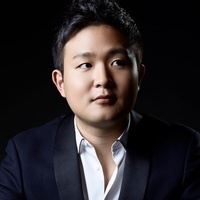 Gold medalist of the Fifteenth Van Cliburn International Piano Competition, 28-year-old pianist Yekwon Sunwoo has been hailed for “his total command over the instrument and its expressiveness” (San Francisco Examiner). A powerful and virtuosic performer, he also, in his own words, “strives to reach for the truth and pure beauty in music,” and hopes to convey those fundamental emotions to audiences.

Born in Anyang, South Korea, Mr. Sunwoo began learning piano at age 8. He gave both his recital and orchestra debuts in 2004 in Seoul before moving to the United States in 2005 to study with Seymour Lipkin at the Curtis Institute of Music. He earned his bachelor’s degree there, his master’s at The Juilliard School with Robert McDonald, and his artist diploma at the Mannes School of Music with Richard Goode. He currently studies under Bernd Goetzke in Hannover. Mr. Sunwoo credits each for their guidance in his artistic development and approach, and honored the late Mr. Lipkin by performing his cadenza during his Semifinal Round performance of the Mozart Piano Concerto in C Major, K. 467.

The first Korean to win Cliburn gold, Mr. Sunwoo launches his debut season in 2017–2018 with invitations to the Aspen, Grand Teton, and Duszniki International Music Festivals. Recitals will take him to Chicago, Houston, Los Angeles, and Vancouver, and he undertakes a nine-city tour of the United States with the National Orchestra of Cuba in the spring. In Europe, Mr. Sunwoo makes his United Kingdom concerto debut with the Royal Scottish National Orchestra under Cristian Macelaru, appears in the first full season at the Elbphilharmonie in Hamburg, and performs in Brussels, Copenhagen, Istanbul, Madrid, Helsingborg, and across Germany. His appearances in Asia include those in Beirut, Taiwan, Hong Kong, and across South Korea.