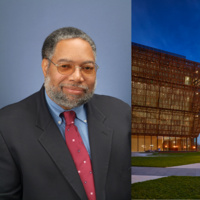 Under Bunch’s leadership, the National Museum of African American History and Culture opened seven exhibitions in its gallery located in the Smithsonian’s National Museum of American History, including “Through the African American Lens: Selections from the Permanent Collection.” In addition, the museum’s traveling exhibition, “Changing America,” will be exhibited at 50 venues across the country through 2018. Bunch also established the program “Save Our African American Treasures” featuring daylong workshops where participants work with conservation specialists and historians to learn to identify and preserve items of historical value.

Before his July 2005 appointment as director of the National Museum of African American History and Culture, Bunch served as the president of the Chicago Historical Society (2001–2005). There, he led a successful capital campaign to transform the Historical Society in celebration of its 150th anniversary, managed an institutional reorganization, initiated an unprecedented outreach initiative to diverse communities and launched a much-lauded exhibition and program on teenage life titled “Teen Chicago.”

A prolific and widely published author, Bunch has written on topics ranging from the black military experience, the American presidency and all-black towns in the American West to diversity in museum management and the impact of funding and politics on American museums. Lectures and presentations to museum professionals and scholars have taken him to major cities in the United States and many nations abroad, including Australia, China, England, Ghana, Italy, Japan, Scotland, South Africa and Sweden.
Bunch has worked at the Smithsonian in the past, holding a number of positions at its National Museum of American History from 1989 through 2000. As the museum’s associate director for curatorial affairs for six years (1994–2000), he oversaw the curatorial and collections management staff. He also led the team that developed a major permanent exhibition “The American Presidency: A Glorious Burden.” While serving as assistant director for curatorial affairs (1992–1994) at the museum, Bunch supervised the planning and implementation of the museum’s research and collection programs. He also developed “Smithsonian’s America” for the American Festival Japan 1994; this exhibition, which was presented in Japan, explored the history, culture and diversity of the United States. As a supervising curator for the museum from 1989 to 1992, Bunch oversaw several of the museum’s divisions, including Community Life.

Bunch served as the curator of history and program manager for the California Afro-American Museum in Los Angeles from 1983 to 1989. While there, he organized several award-winning exhibitions, including “The Black Olympians, 1904–1950” and “Black Angelenos: The Afro-American in Los Angeles, 1850–1950.” He also produced several historical documentaries for public television.

This event partnership between The Commonwealth Center for the Humanities and Society is lovingly co-sponsored by A&S Dean's Office, Vice Provost Mordean Taylor-Archer, CODRE, Kentucky Center for African-American Heritage, HSC Office of Diversity, and the UofL School of Business.