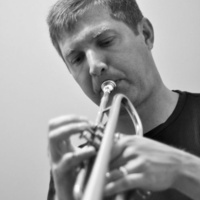 Dr. Reese Land hails from Taylorsville, NC and serves as assistant professor of trumpet at the University of Louisville. His responsibilities include teaching trumpet, trumpet literature, historical brass, and directing the trumpet ensemble. Formally, he served on the faculties of the University of Southern Mississippi and Campbellsville University. While at Campbellsville, he was twice voted University Teacher of the Year in the Fourth District of the Kentucky Music Educators Association (KMEA).

An avid performer, he performs regularly in a large variety of venues as a soloist and with ensembles such as Orchestra Kentucky Bowling Green, the Brass Band of Louisville, the Louisville Brass, the Don Krekel Jazz Orchestra, and a host of others. In April 2015, he performed as a soloist in Carnegie Hall, NY with the Eastern High School Band of Louisville. Dr. Land has also performed with such artists as Doc Severinsen, Mannheim Steamroller, Neil Sedaka, Frankie Valli and the Four Seasons, and Joshua Bell.

A devoted clinician, Dr. Land has given frequent master classes to high school and university students around the United States, Brazil and Ecuador. Since 2007, he has annually presented a master class for the KMEA All State trumpet auditions. For many years, Dr. Land has adjudicated KMEA District and State Solo and Ensemble Festivals and has served as a judge in the preliminary round of the International Trumpet Guild Solo Competition.

Dr. Land is a member of the International Trumpet Guild, the Music Teacher National Association, the Phi Kappa Phi Honor Society, and is an honorary member of Phi Mu Alpha Sinfonia. He holds a B.A. music degree from Lenoir-Rhyne College in Hickory, NC, a M. M. degree from the University of Louisville, KY, and a D.M.A. degree from the University of Illinois in Urbana-Champaign. He is married to Paola Manrique-Land, a professional violinist and string orchestra director at Bardstown City Schools, KY and they have two sons, Alex and Henry.