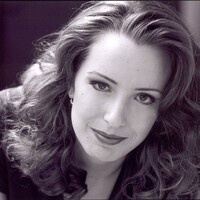 Katherine Calcamuggio Donner is an award-winning mezzo-soprano. In the past three seasons, Calcamuggio has been featured in important role and company debuts across the United States, eliciting kudos for her “soaring, rich voice” (The Miami Herald), her “polished musical and dramatic characterizations” (Kurt Weill Newsletter) and her “fine coloratura technique” (Philadelphia Inquirer).

Ms. Calcamuggio during the 2016 and 2017 seasons has had orchestral debuts with Louisville Orchestra as the Mezzo-Soprano soloist for Handel’s Messiah and the University of Chicago as the Mezzo-Soprano soloist for Beethoven’s Ninth Symphony.  She also has performed recitals with the Piatigorsky Foundation across the states of Washington, Montana, Florida, Oklahoma, and has given recitals in Chicago with the American Opera Society and the Chicago Lyric Opera Lake Geneva Chapter as well as the Musician’s Club of Women.

In the 2013, 2014 and 2015 seasons, Ms. Calcamuggio debuted the roles of the Komponist in Strauss's Ariadne auf Naxos (University of Michigan) as well as the Mezzo-Soprano soloist in Verdi’s Requiem (Chicago Community Chorus and Univerisity of Michigan).  As a winner of the coveted concerto competition at University of Michigan, she made her Hill Auditorium debut with the UM orchestra singing John Corigliano's Mr. Tambourine Man in addition to performing the work with the Oakland Symphony in 2015.  In January of 2014, she returned to Opera on the James and made a role debut of Julia Child in Hoiby's Bon Appetitand returned with the Toledo Symphony in April for the Mezzo-Soprano soloist in Beethoven’s Ninth Symphony.

During the 2011 and 2012 season, Ms. Calcamuggio performed with three time Grammy winning eighth blackbird to revisit Corigliano’s Mr. Tambourine Man at the University of Missouri Kansas City as well as debuting with Opera on the James as Gianetta in L’elisir d’amore, with the Freeport Symphony as the mezzo-soprano soloist in Beethoven’s Ninth Symphony, with the Marion Symphony as the mezzo-soprano solist in Mozart’s Requiem, and returned to Toledo for Handel’s Messiah, and debuted with the Metropolitan Chorale of Waverly, Iowa for Beethoven’s Mass in C and Choral Fantasia.

Auspicious operatic and symphonic debuts from recent seasons include roles as Hansel in Hansel and Gretel, a world premiere of Vivian Fung’s Yushan Songs, Stephano in Roméo et Juliette with Syracuse Opera (for which Calcamuggio was named “Artist of the Year” in 2009); a much touted Sesto in Handel’s Giulio Cesare and Un Musico in Manon Lescaut with Florida Grand Opera; the Young Nun in the world premiere of Stephen Hartke’s The Greater Good (available on the Naxos label); Aglaonice in Philip Glass’ critically-acclaimed Orphée with Glimmerglass Opera; and Inez in a concert performance of Verdi’s Il Trovatore under the baton of Maestro Eduardo Müller with the Miami Concert Association.  Calcamuggio has also performed as a featured soloist in a recital of Rossini’s songs titled Sins of My Old Age with Opera Omaha and in Vivaldi’s Gloria with the Park Ridge Symphony.

The mezzo-soprano has received top prizes in the American Opera Society, Palm Beach Opera, Bel Canto and Shreveport Singer of the Year competitions; and has awards from the Chicago Women’s Musician’s Club and the Anna Sosenko Trust.  She is a former participant in young artists’ programs at Florida Grand Opera, Glimmerglass Opera, Chicago Opera Theater, Opera Theatre of St. Louis, as well as the Aspen and Brevard Music Festivals.