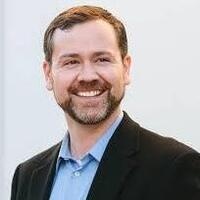 Dr. Adam McCord is Assistant Professor of Saxophone at the University of Louisville School of Music where he teaches applied saxophone, saxophone ensembles, saxophone pedagogy and saxophone literature. During the Spring 2015 semester he served as Otis Murphy’s sabbatical replacement at Indiana University Jacob’s School of Music. Twice nominated as a Faculty Favorite at the University of Louisville, he has a passion for education and his students’ musical development. Additionally, he has served on the faculties of Miami University, Ohio Northern University, Wittenberg University, and Wake Forest University, and for five years he was an Associate Instructor of Saxophone at Indiana University. He has maintained an active performance profile as well as educational profile, and has taught all five woodwinds to students of all ages and abilities.

Dr. McCord completed the Doctor of Music degree at Indiana University in December 2015, where his primary studies were with Otis Murphy; additional mentors include David N. Baker, J. Peter Burkholder, and Thomas Walsh. He received the Master of Music degree also from IU, earning the Performer’s Certificate, IU’s highest performance honor, and was winner of IU’s Concerto Competition, performing to critical acclaim. Dr. McCord received the Bachelor of Music degree, summa cum laude, in Saxophone Performance and Music Education from the University of North Carolina at Greensboro, where his teachers were Steven Stusek and Craig Whittaker, and where he was also winner of the annual concerto competition.

Recent performances include the 16th WASBE International Conference in San Jose, the 2010 KMEA In-Service Convention, the XIV World Saxophone Congress in Ljubljana, Slovenia, the XIII World Saxophone Congress in Minneapolis, as well as many North American Saxophone Alliance Biennial conferences. He participated in the 2003 International Saxophone Chamber Music Festival held in Faenza, Italy, and has performed with the National Symphony Orchestra at the Kennedy Center, the Winston-Salem Symphony, the Greensboro Symphony Orchestra, the UNCG Symphony Orchestra, the Columbus Indiana Philharmonic, the IU Philharmonic, the Indianapolis Symphony’s Spirit and Place Festival and the Bloomington Pops Orchestra. He can be heard on the Arizona University Recording and Navona Records labels. He is proud to be a Yamaha Performing Artist and performs exclusively on Yamaha saxophones.