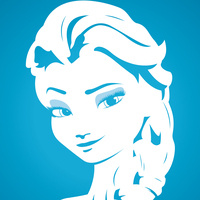 Cards Under the Stars: Frozen Sing Along

UofL will cool the hot summer temps down May 29 with a free sing-a-long screening of the Disney film “Frozen.”

The film will kick off the sixth season of the free Cards Under the Stars summer movie series at 6:30 p.m. on the lawn between the Natural Sciences Building and Grawemeyer Hall. The film begins at dusk.

- Meet and greet with Anna and Elsa

Concessions will be available for purchase from Sweet ‘N’ Savory and Red Top Gourmet Hot Dogs.

“Frozen” tells the story of two sisters in the kingdom of Arendelle. Fearless optimist Princess Anna (voice of Kristen Bell) sets off on an epic journey—teaming up with rugged mountain man Kristoff (voice of Jonathan Groff) and his loyal reindeer Sven—to find her sister, Queen Elsa (voice of Idina Menzel), whose icy powers have trapped Arendelle in eternal winter. Encountering Everest-like conditions, mystical trolls and a snowman named Olaf, Anna and Kristoff battle the elements in a race to save the kingdom and bring back summer.

Cards Under the Stars will continue Friday, June 26 with “Big Hero 6”and Friday, July 24 with the 2015 live action "Cinderella."

Help us pick our third film, to be shown July 24, by voting at the following link: https://www.surveymonkey.com/s/2015movienight.