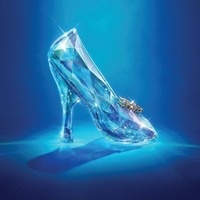 Cards Under the Stars: Cinderella

UofL will show the 2015 live action film "Cinderella" as the third film in the annual Cards Under the Stars summer movie series.

The event kicks off at 6:30 p.m. on the lawn between the Natural Sciences Building and Grawemeyer Hall. The film begins at dusk.

- A meet and greet  area and photos with Cinderella

Concessions will be available for purchase from Sweet N Savory and Boss Hog's BBQ.

Film synopsis: Kenneth Branagh directs Disney's 2015, live-action take on the classic fairy tale Cinderella, which stars Lily James as the put-upon young women forced to endure a life of labor at the hands of her stepmother (Cate Blanchett) after her father dies unexpectedly. Forced to do every menial chore imaginable, Ella maintains her good spirits and eventually strikes up a friendship with a stranger in the woods who turns out to be the prince. When the royal court holds a gala ball, Cinderella wants nothing more to attend, and although her stepmother won't allow it, she gets help from a surprising source. Author: Perry Seibert​