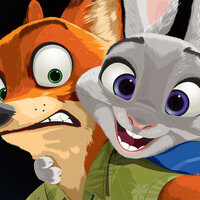 Cards Under the Stars - Zootopia

“Zootopia” is the second film in this summer’s Cards Under the Stars movie series.

The free, outdoor event kicks off at 6:30 p.m. on the lawn between the Natural Sciences Building and Grawemeyer Hall. The film begins at sunset.

Concessions will be available for purchase from Hi-Five Doughnuts and 502 Cafe.

Cards Under the Stars begins May 20 with “Star Wars: The Force Awakens” and ends July 22 with “Inside Out."