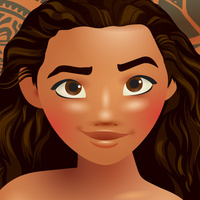 Cards Under the Stars - Moana

“Moana” will kick off the 8th season of Cards Under the Stars, UofL’s free, outdoor summer movie series.

Concessions will be available for purchase from 502 Café  and SnoWhat Snoballs.

Cards Under the Stars will continue Friday, June 30 with “The Lego Batman Movie” and Friday, July 28 with “Beauty and the Beast (2017)."

Film Synopsis: From Walt Disney Animation Studios comes “Moana,” a sweeping, CG-animated feature film about an adventurous teenager who is inspired to leave the safety and security of her island on a daring journey to save her people. Inexplicably drawn to the ocean, Moana (voice of Auliʻi Cravalho) convinces the mighty demigod Maui (voice of Dwayne Johnson) to join her mission, and he reluctantly helps her become a wayfinder like her ancestors who sailed before her. Together, they voyage across the open ocean on an action-packed adventure, encountering enormous monsters and impossible odds, and along the way, Moana fulfills her quest and discovers the one thing she’s always sought: her own identity.

Several items were found during cleanup after the event. If you lost an item, please call 852-8025 or email brandy.warren@louisville.edu.