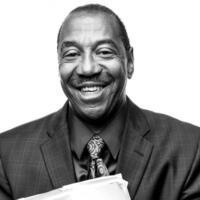 Quincy Hilliard’s compositions for wind band are published by a variety of well known publishers. In 2014, Hilliard received the prestigious Mississippi Institute of Arts and Letters Award in the Classical Music Division. He was also recognized with a Global Music Award for his work as a composer. In 2012, one of his pieces, Coty (clarinet and piano) was recorded on a CD that was nominated for a Grammy Award. In 2008, he was commissioned by the Library of Congress to compose a work in celebration of the bicentennial of the birth of Abraham Lincoln. He is frequently commissioned to compose works, including one for the 1996 Olympic Games in Atlanta and a score for a documentary film, The Texas Rangers. For many years, the American Society of Composers, Authors, and Publishers (ASCAP) has recognized him with annual awards for the unusually frequent performance of his compositions. Hilliard is regularly invited to conduct, demonstrate effective techniques, and adjudicate festivals throughout the world.

The mission of the African American Music Heritage Institute is to provide an educational and enrichment experience in music from the heritage of African Americans and the diaspora.