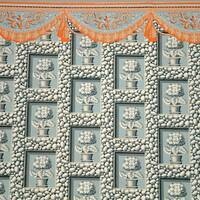 AFLOAT: Work Along the River Jordan

Work Along the River Jordan: African American River Labor in the Ohio River Valley, and the Development of Black America

Dr. David Anderson, University of Louisville, examines the economic and social importance of African American river workers along the Ohio River in the nineteenth century.

Enslaved and free workers were vital to a growing western economy. The Ohio River connected African American workers across hundreds of miles, contributed to the growth of urban black communities in communities like Louisville, and often aided individuals with escapes.

The Ohio River has often been called the River Jordan because it marked the boundary between free and slave states, but the Ohio River Valley was really a region of contradictions. It was a complex transportation corridor where there was broad support for slavery, but it also provided unusual opportunities for African American mobility and communication. Dr. Anderson examines these contradictions, as well as the role that river workers played in the development of modern black America.

Join us at the Visitor Center at 6:30pm
This event is free and open to the public.