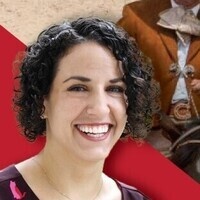 A Social History of the US-Mexico Border Short Course

This four-week Short Course presented by Dr. Katherine Massoth, Assistant Professor of History at the University of Louisville, will provide snapshots of the historical roots of the current daily reality shaping the U.S.-Mexico Borderlands. The border has long been a site of economic trade, political conquest, cultural exchange, and conflict from the 16th century to the present day. At the same time, the border has had many different and contradictory national, economic, and cultural meanings. This course offers a broad overview of the many issues that have shaped the current political and social landscape along the border.

Dr. Massoth's research focuses on the history of the U.S.-Mexico borderlands, specifically the role of women in performing ethnic identity, transborder trade systems, foodways, and cultural networks. She is currently revising her book manuscript, “That was Women’s Work”: The Borders of Gender, Cultural Practices, and Ethnic Identity in Arizona and New Mexico, 1846-1941. Her book manuscript brings light to the persistent roles of women in shaping daily politics in the North American Southwest after U.S. annexation in 1848. She received her Ph.D. and M.A. in History from the University of Iowa and two Bachelor of Arts degrees in History and Social Science-Secondary Education from the University of California at Irvine. At Iowa, she was a founding member of History Corps. Her research and writing have received support from the American Historical Association, the National Endowment for the Humanities, the New Mexico Office of the State Historian, the Huntington Library, the William P. Clements Center for Southwest Studies at Southern Methodist University, the Coalition for Western Women’s History, and the Charles Redd Center.

This Short Course, a Lean Into Louisville event, is presented in collaboration with UofL’s The Commonwealth Center for the Humanities and Society at UofL, and will take place at the Main Library on Tuesdays in September at 6:30 p.m.