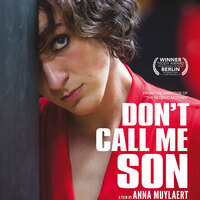 This poignant coming-of-age film from Brazil is focused on Pierre, seventeen and in the middle of puberty. Ever since his father’s death, his mother Aracy has looked after him and his younger sister Jacqueline, spoiling them both. But when his mother is arrested for having stolen him from a hospital when he was a newborn baby, Pierre’s life changes dramatically. His biological parents Gloria and Matheus have spent seventeen years searching for him; they are now desperate to make up for the lost years and spend time with their eldest son, whom they call Felipe. Observed from a critical distance by his younger brother Joca, Pierre/Felipe moves in with his well-heeled new family, who are determined to mould him according to their ideals. But Pierre has his own designs for his life.