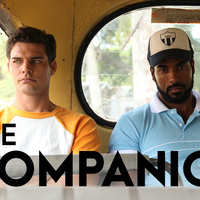 Set in 1988 Cuba as the government dispatched HIV patients to AIDS centers under military rule, The Companionnarrates the unlikely friendship between a boxing champion and a conflictive patient.

After failing a doping test, Horacio Romero has no other choice but to serve a sentence. His fate is in Los Cocos, a sanatorium under military rule where HIV patients are compulsorily confined, with the exception of a weekly pass to visit their families under the supervision of personal wardens called “companions.”